Paoli continuously invests in training and technology, in order to offer to his customers original solutions and groundbreaking products. We love to support who, like us, knows that education, experience and research are instrumental in the achievement of results. That is why we chose to sponsor Unipg Racing Team: a project, conducted by a team of students of the University of Perugia, whose purpose is to realize racing car prototypes.

The first prototype, named RB11.1, made his debut in the Italian Formula SAE in 2013, placing itself in the middle of the ranking table during the race at the Varano de’ Melegari Autodromo.

The production of the current prototype started in 2014: the RB 11.2. Thanks to the engineering developments and the optimizations during the planning stage, the team has significantly increased its general score, compared with the previous year, during the annual Italian Formula SAE appointment.

The racing cars, realized at the University of Perugia labs in cooperation with a local workshop, must pass strict controls and prove to be efficient in performances, fuel consumption and reliability in order to race.

Supporting Unipg Racing Team is, for Paoli, an important opportunity to contribute to the success of a group of students who work hard daily to produce competitive and well-performing prototypes. 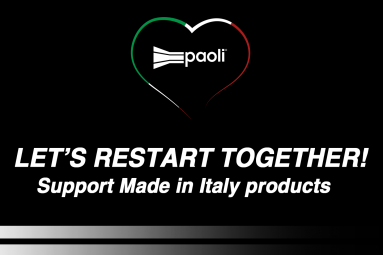